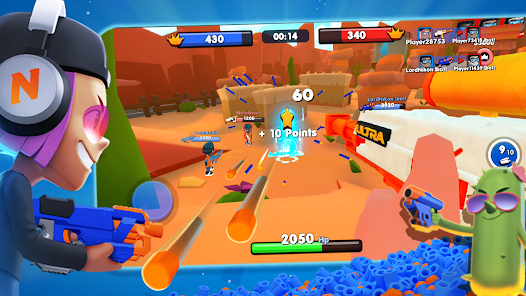 Blast away with your NERF Blasters in a fast-paced 3v3 multiplayer arena! Choose the right Blasters for your play style and battle across a variety of game modes in the one and only official NERF™ FPS!

Unlock tons of unique NERF Blasters, from the heavy and powerful to the fast and accurate. Choose your personalized loadout, add Power Cards to finalize your strategy, then jump into fast and furious play sessions of max 3 min each!

Get ready to battle in a variety of crazy environments, such as the Pinball Arena, the Nerf Castle and the Train Robbery. Upgrade your Blasters and your Power Cards by progressing on the Trophy Road and Arena Pass, and rise to the challenge of becoming one of the Champions of NERF: Superblast.

FOUR GAME MODES
– Nerf Battle (3v3): Team up with players from all around the world and score 10 points for each opponent defeated. The first Team to reach 100 points wins. But… watch out for the giant swinging hammers!
– Token Rush (3v3): Team up, collect and hold 10 Tokens to win. Also, watch out for the Giant Pinball!
– Siege (3v3): Team up to take down the enemy base in an amazing Wild West setting!
– Solo (1v9): Play against 9 other opponents in massive arenas such as Old Town and Nerf Temple. Collect power ups, hide and strike, be the last one standing!

More Blasters, Modes and Power Cards will be added with the incoming updates, as NERF: Superblast is in constant evolution.

What are you waiting for? Enter NERF: Superblast and get ready to BLAST! 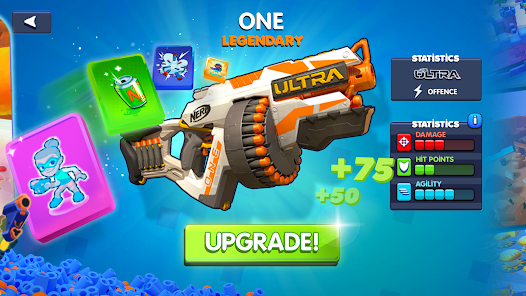 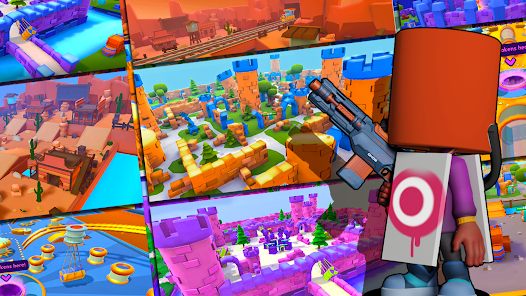 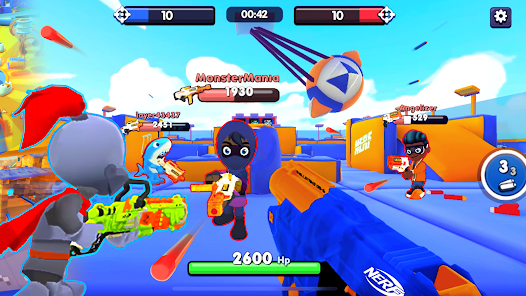 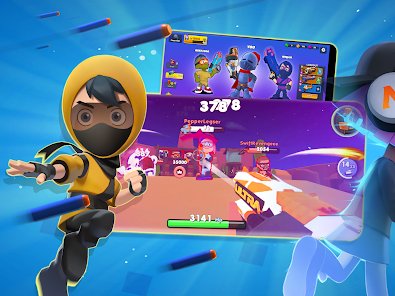 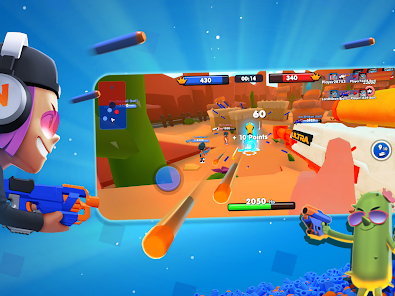 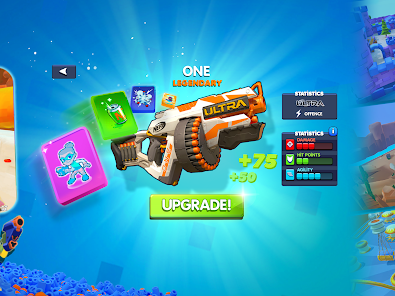 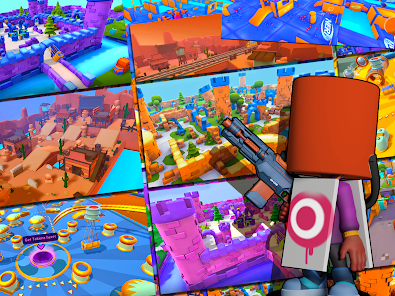 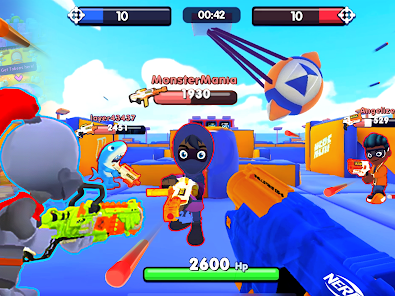